Journalists and Media Workers are to Receive Pension 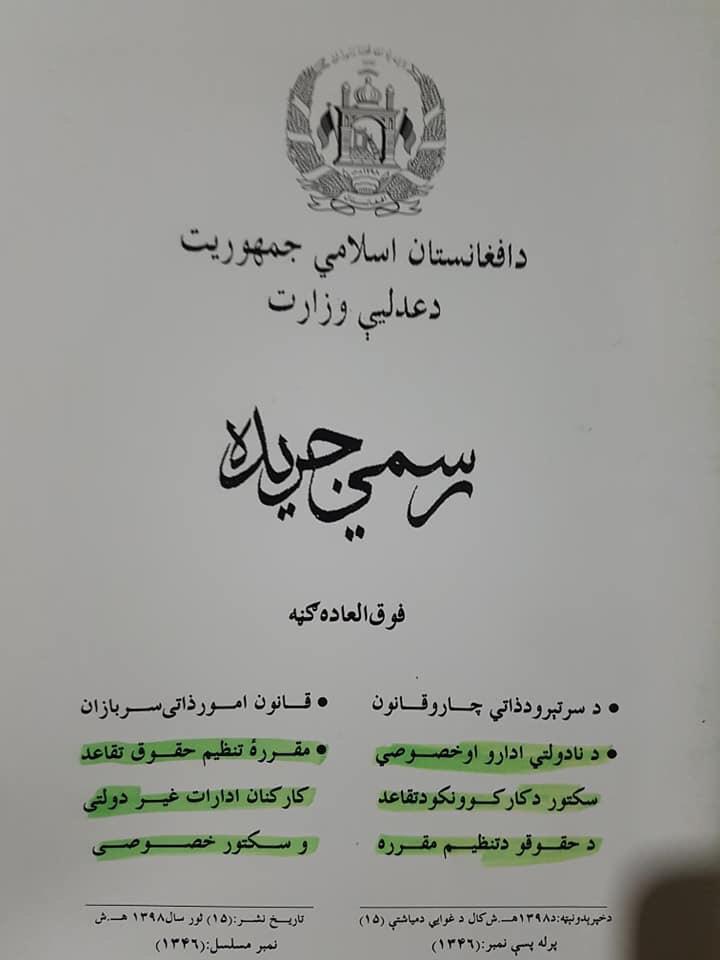 As Ministry of Justice announced enactment of regulation of pension rights to private sector, journalists and media employees can now receive their pensions.

This regulation was developed two years ago after sets of recommendations proposed by Federation of Journalists Institutions and Media of Afghanistan with close corporation of Afghanistan’s National Workers Union.

After the Federation and the National Workers Union representatives conducted series of meetings with officials from Justice, Information and Culture, Labor and Social Affairs Ministries, draft of this regulation was finalized in summer of the last year, however, its approval and enactment took over a year.

Faheem Dashti chief of Afghanistan’s National Journalists Union and a leading member in Federation of Journalists Institutions and Media Says, “We have not received the regulation yet and we hope changes were not made within its approval”.

According to Mr. Dashti, if there is not any differences between the enacted regulation and the final draft, then this regulation approves pension rights to not only journalists and media workers but also to all those staffs who work in private sector.

Due to lack of legal bases, private sector staffs including journalists and employees working in media could not receive their pension.