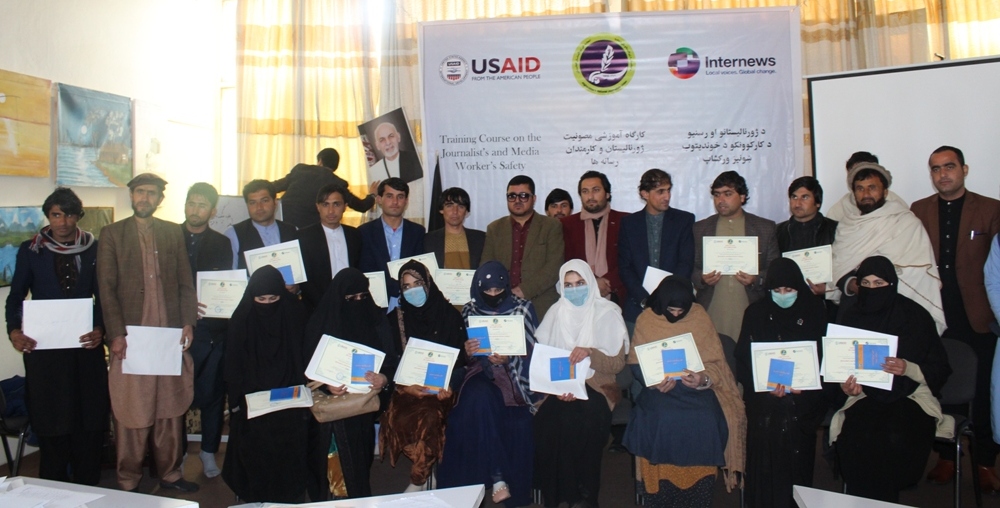 This program was held for journalists by Afghanistan’s National Journalist Union based on content of guideline published by this institution entitled “Safety Measures for Afghan Journalists”.

Around 30 journalists from local, national and international media institutions participated this training course. They showed their happiness from conducting these kind of training courses and found them useful for reporters.

Afghanistan’s National journalists Union have conducted such training courses in various provinces of Afghanistan in order to introduce safety measures for journalists. Around 100 reporters have benefited these programs until now.