Peace reporting instead of war reporting: discussed during a meeting with Herat province media mangers 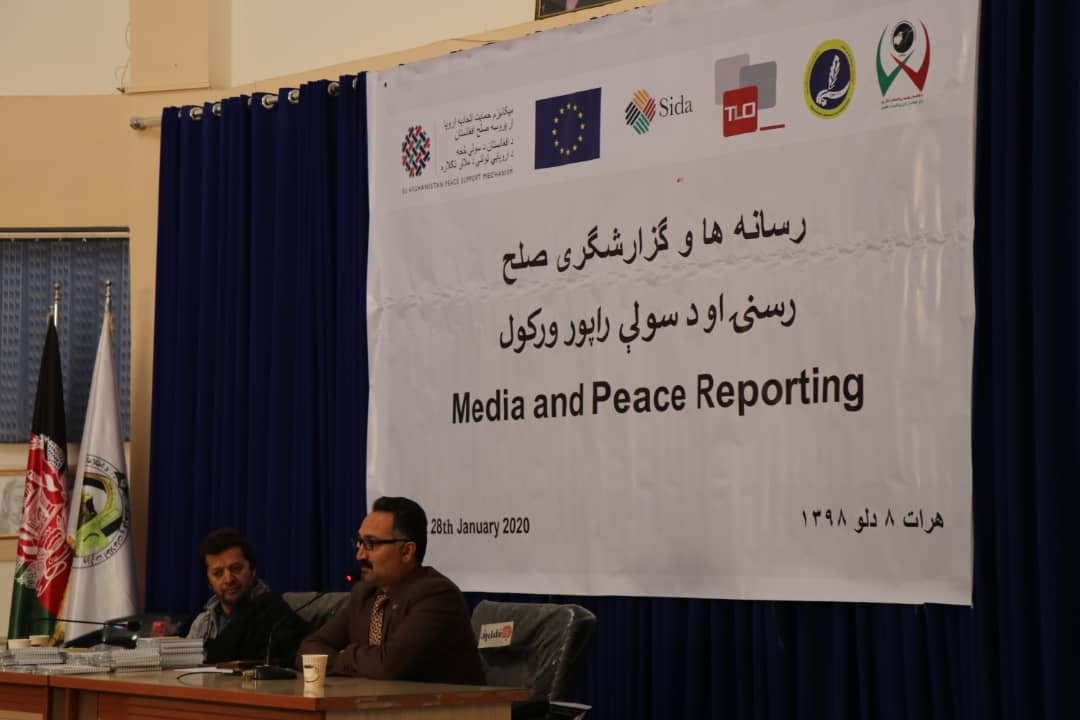 At a meeting held by Afghanistan’s National Journalists Union with Herat province media mangers in Secretariat of Information and Culture of that province, it was discussed that how to change the media’s approach to peace reporting rather than war reporting.

This guideline includes ways and approaches facilitating, promoting and enhancing peace for Journalists and Media.

This is a research based guideline prepared using trustworthy worldwide resources about peace reporting which in its turn also matched with the situation of Afghanistan.

Numerous meetings are going to be held in different provinces with media mangers to support use of this guideline by their reporters.

This meeting with Herat’s media managers was the first meeting of this series.

Based on the content of peace reporting guideline, a number of training workshops are going to be held for reporters in different provinces. The first round of the workshop was held in Kabul where 40 journalists from different picture, sound and print media were trained.

Herat media mangers considered preparation of this guideline as a positive step and emphasized that media audiences are tired of hearing masses of news related to violence events, war and terrorist incidents.

Basheer Haneef manager of Herat Killid Radio told in this meeting: “We need to use new methods in news coverage till avoid hurting souls of our audience”.

Faheem Dashti head of Afghanistan’s National Journalists Union while referring to peace guideline book told to Herat province’s media managers: “in recent years, there has been great deal of foreign and domestic investments in war reporting in Afghanistan, while no party has paid attention to peace reporting”.

Although referring to the guideline prepared by Afghanistan’s National Journalists Union as a first step toward promotion of peace reporting in Afghanistan, Dashti continued: “this guideline includes up-to-date and accurate information about peace reporting and its use can enhance experience of Afghan reporters”.

Dashti urged Heart media mangers to be supportive and pay the way for their reporters who received this training until they can use their learnt up-to-date methods.