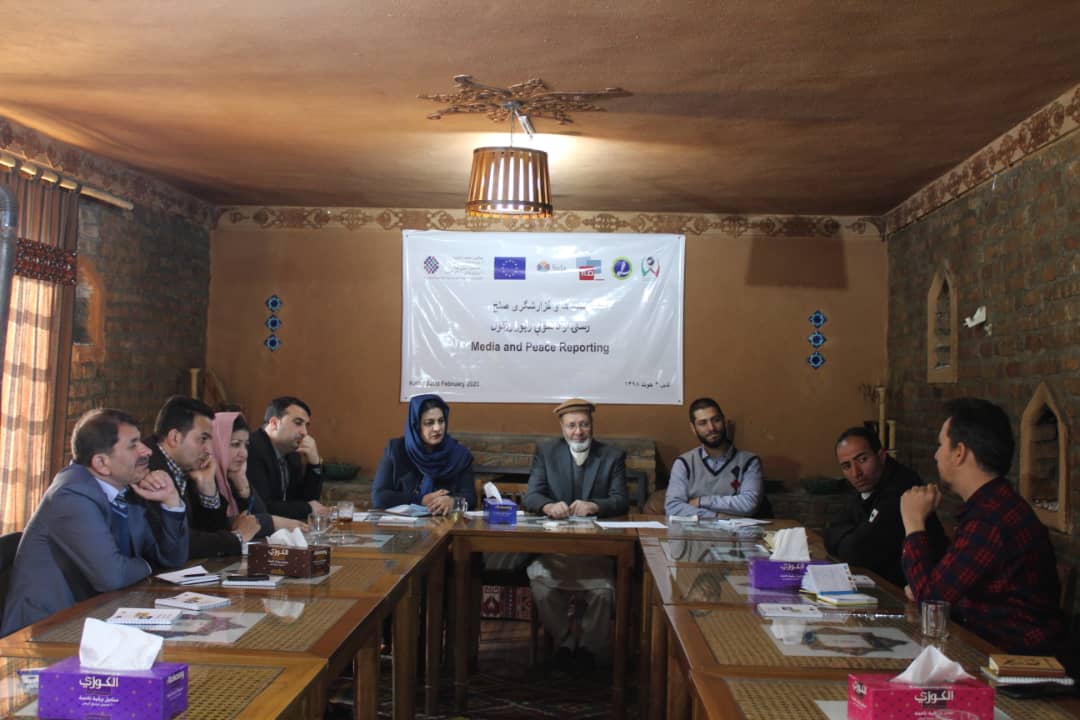 This one-day program which was supported by Afghanistan Women Journalists Support Center and Afghanistan’s National Journalists Union, was held in Kabul where a number of reporters from public and private media entities were gathered.

The aim behind holding this training program was to share content of Peace Reporting Guideline with media responsible with respect to their role in creation of peace space in the country.

Ahmad Shoaib Fana executive responsible of Afghanistan’s National Journalists Union says: “during more than a decade of war in Afghanistan, media have shifted their focus on war subjects, but under the current circumstances, they need to keep balance between war and peace subjects until changing people’s mind and establish peace space in the country. To use this opportunity, we need to engage media to lead the community’s mentality toward peace”.

At the same time, media responsible who participated this training program praised this action of implementing agencies as a positive step and insisted on recognition of peace reporting as a pressing need of the current time, and they committed that their media entities will take further practical steps in this regard.

Kabul is the second province where this program with media responsible was held. Media and Peace Reporting program is going to be held in eight other provinces where media officials will gather.