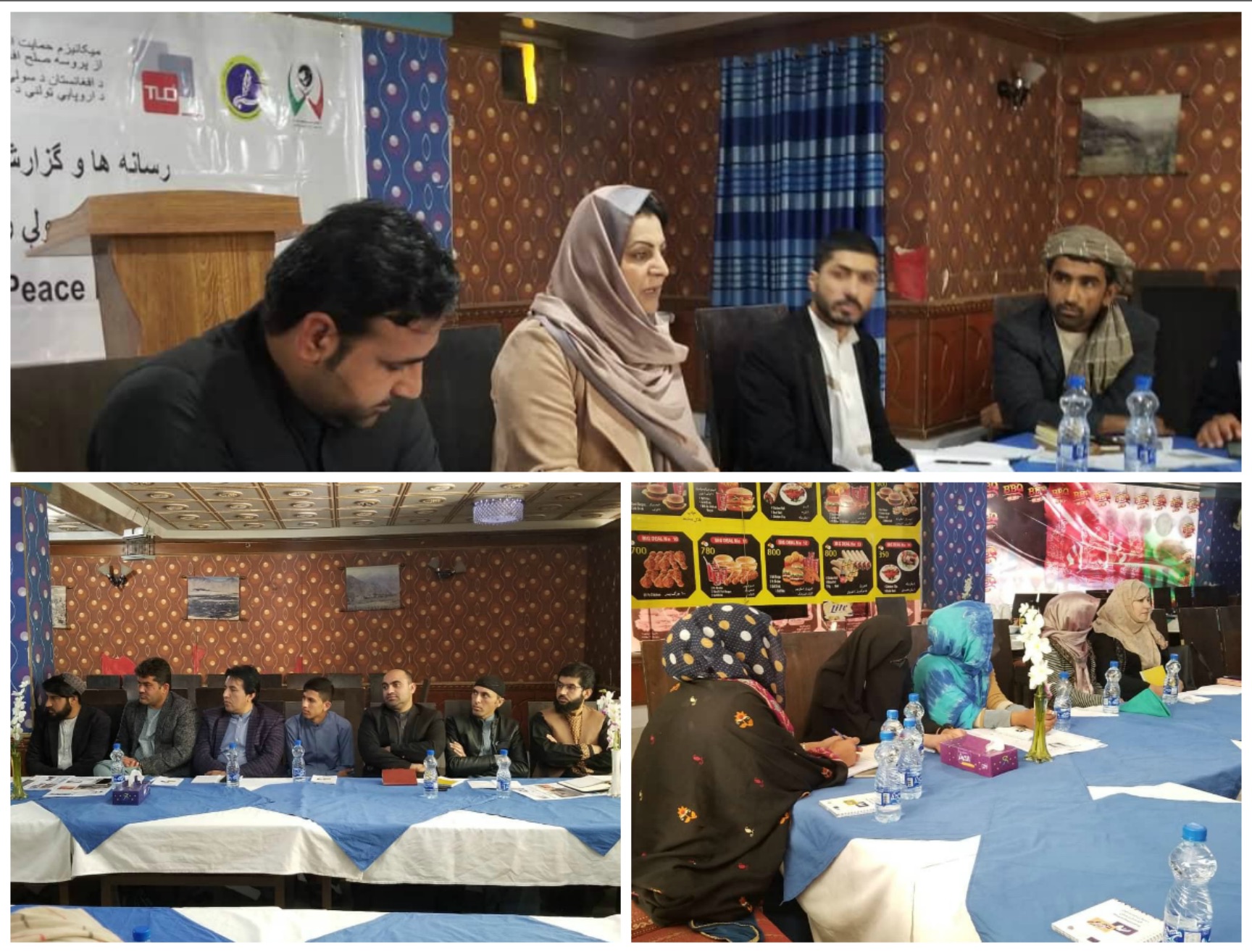 This is the third meeting held after Kabul and Herat provinces in Kandahar province that focuses on peace literature and peace reporting in media.

About the aim of this meeting, Mrs. Nikzad said: “since media play important role on public people’s outlook, so there will be positive changes in Afghan public people’s thoughts if media promotes peace and equality instead of violence in their reports and news”.

With regard to bring change in the public people’s mindsets through promotion of peace,  impacts of media on facilitating and presenting peace news and reports as well as the use of peace and peaceful words in media literature that replace violence and violent words in media institutions was argued in this meeting.

In continuation with the matter, Ahmad Ludeen responsible of Journalists Committee replied that such programs could be very useful for bringing peace; it is because media is overwhelming in changing minds of the public and encouraging peace reporting can change the course of war in Afghanistan.

Lastly, Hekmat Afghan head of Information and Culture of Kandahar Province beside of appreciating this action of Women Journalists Support Centre and Afghanistan’s National Journalists Union added that such programs should be hold more in this province.

With respect to the beginning of peace talks, Women Journalists Support Centre in their declaration issued on 14 January 2019; not only shared their support from peace dialogues; but also raised their concerns over silence and not giving importance to democratic values including freedom of media, freedom of expression and assurance of rights and security for reporters more especially for women journalists during peace talks. Around 300 journalists and civil society activists signed at the end of this declaration expressing their support.