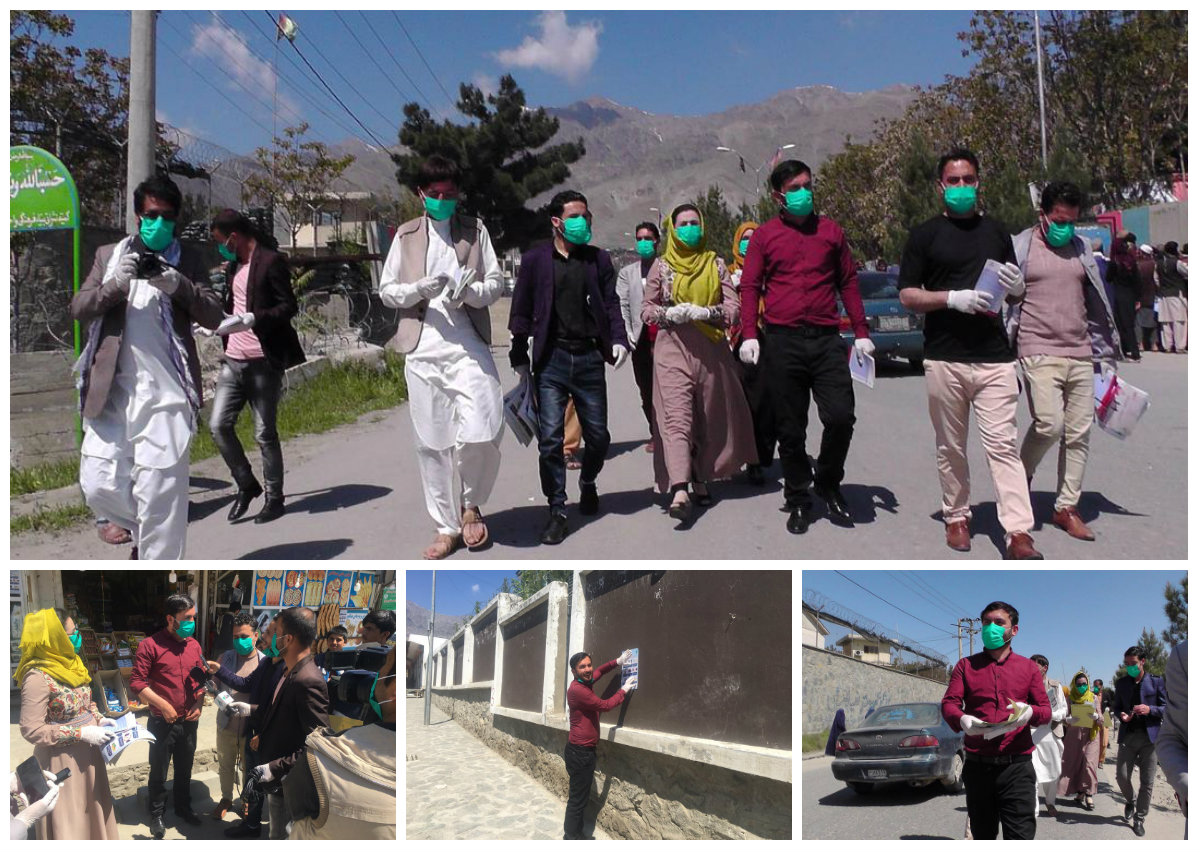 Afghanistan’s National Journalists Union in collaboration with Media Supporting Foundations and a number of journalists in Parwan Province launched an awareness program showing people how to prevent themselves from spread  of Coronavirus. Through distribution of advertising sheets, they demanded people that Corona should be taken seriously.

Afghanistan’s National Journalists Union of Parwan province in cooperation with Provincial Media Office and National Free Journalists Association carried out an awareness program about Coronavirus outbreak in the capital city Charikkar where they asked public people to follow all measures prepared by health departments.

Waheed Shahkkar spokesperson for the province said that it is one the responsibilities of media to provide information on preventing spread of Coronavirus and added that combined will and struggle of all people are so important and needed to combat dangers caused by this pandemic disease.

After that, Masroor Lutfi head of Afghanistan’s National Journalists Union of Parwan province spoke about raising awareness of the society; he further added: “Fighting any kind of social threats are responsibility of every individual in a society, and media as an import part of our community should be appreciated,  since they have launched various programs from initial days of Coronavirus outbreak, and fulfilling these responsibilities could have profound impact on reduction and eradication of this dangerous virus.

Mr. Lutfi also spoke about a manuscript from address of the Union that shows how to prepare report and information for media.