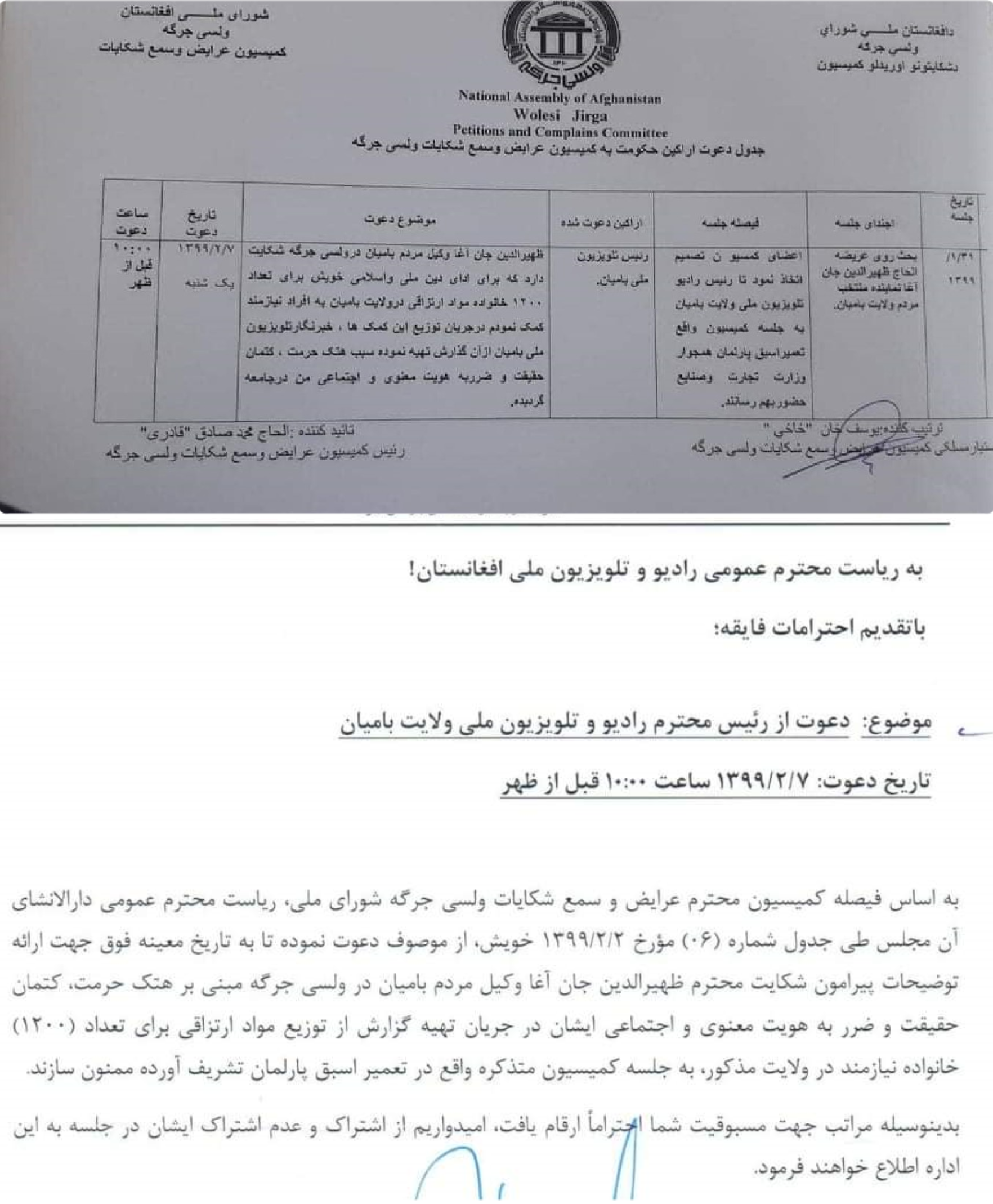 The Afghanistan Parliament has formally requested the response of the Bamyan province National Radio and Television channel director, due to the publication of a report about distribution of food in this province.

Meanwhile, one month ago, a report was released from Bamyan province local Radio and Television channel about the distribution of food by Bamyan province congressman (representative), Zahir al-Din Jan Agha.

Following the publication of the report, Mr John Agha Appeals and complained to the parliament complaints and appeals commission, claiming that the report had insulted, humiliated and damaged her spiritual and social identity.

But Ishaq Akrami, head the Afghanistan National Journalists Union) ANJU) in Bamyan province, called the action by John Agha’s lawyer and the parliament complaints and appeals commission is a violation of public media law and the right to access information in the country.

In addition, Mr Akrami said: “If a biased report has been published in which a person has been humiliated and insulted, it should have been questioned and evaluated through its legal channel (the parliament Media Violation Commission).”

It is worth mentioning that a some of the powerful people in the parliament most of the time have been involved in extra-legal activities that have undermined the status of this institution in the eyes of people and foreign countries.

Finally, the Afghanistan National Journalists Union) ANJU) of urges all journalists in the country to carry out their work and activities in accordance to the principles and standards of journalism.